Map of the 1642 voyage of Abel Tasman

A print of Daniel Reeve's re-creation, by hand, of the famous map 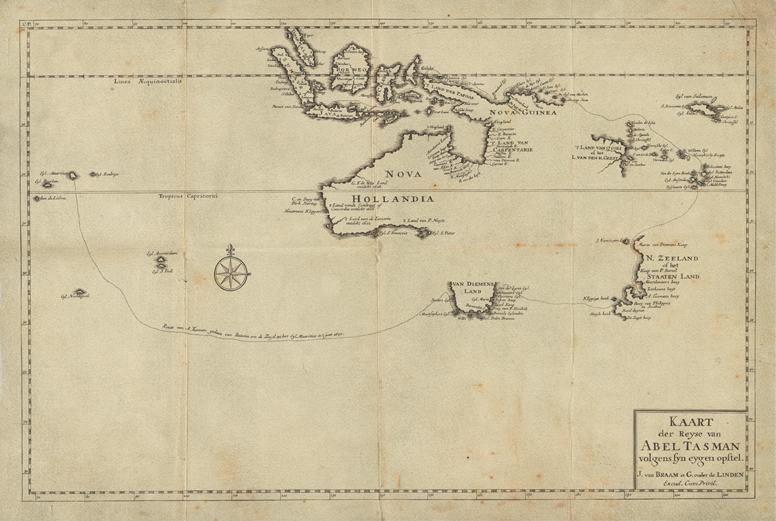 This is a re-creation by Daniel Reeve of the map published by J. van Bram and Gerard onder de Linden in 1724, showing the route taken by Abel Tasman in 1642, copied after charts of that voyage.

Tasman sailed south and east from Mauritius, eventually sighting Tasmania, which he name Van Diemen’s Land, and New Zealand, which he named Staten Landt (he assumed that he had come to Staten Island, Argentina, at the tip of South America). Anchoring in what is now Golden Bay, four of his men were killed in a confrontation with the local Maori. Tasman named it Murderer’s Bay and sailed north. His names for the last two landmarks he sighted upon leaving the northern tip of New Zealand still endure: Cape Maria van Diemen and the Three Kings islands. 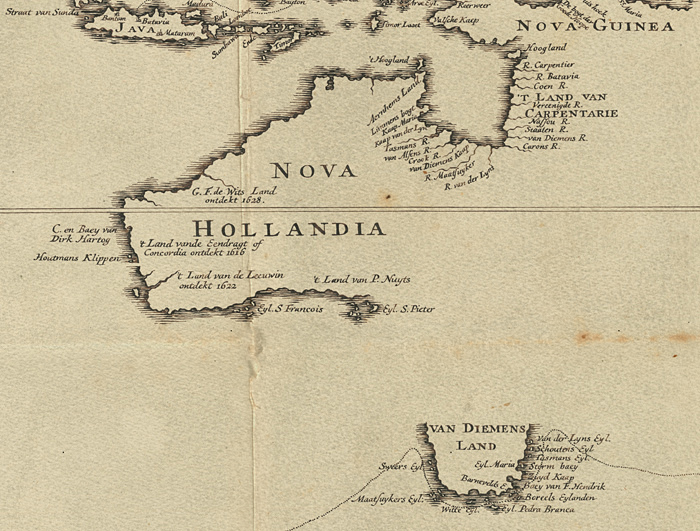 detail from the map, showing the already-known part Australia ("New Holland") and, on this voyage, the sighting of what is now Tasmania ("Van Diemen's Land"). 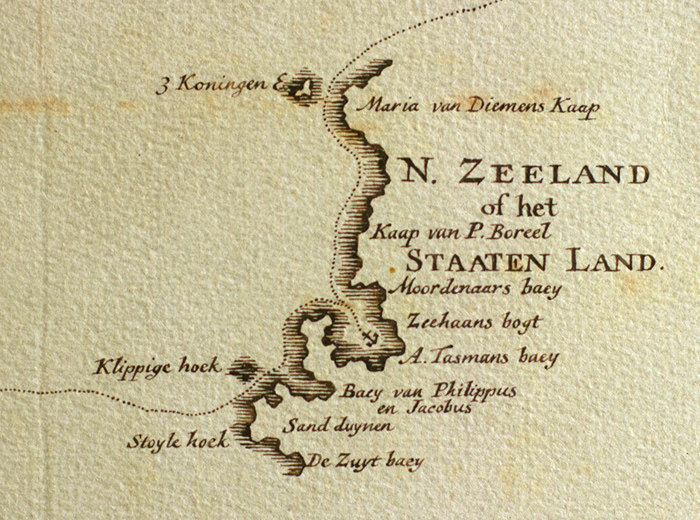 The prints of this map are on high-quality watercolour paper, and measure 66.5cm x 45.3cm. Prints are delivered in sturdy mailing tubes.